Troubleshooting Some Common Problems With a Diesel Engine

Diesel engines are often chosen for heavy-duty trucks and other vehicles, as they offer more towing capacity that makes it easier for the engine to handle heavier loads. Diesel engines don't use a spark plug so they don't need tune-ups, but this doesn't mean you'll never have a problem with your diesel engine. Note a few troubleshooting tips for common problems you might have with a diesel engine so you know where to start looking or what to expect when you talk to your mechanic.

Diesel engines work with heat, not a spark, in order to start an engine. If the engine doesn't start, this often means low fuel compression so that not enough heat is being created to run the engine. This also might cause the engine to stall out after it does start. This problem often occurs in older engines as the compression breaks down over time. Your mechanic might want to do a cold compression test, meaning to check the engine's compression when it first tries to start. Adjusting the compression in the fuel lines can often address this.

Very often an insufficient fuel supply can cause a diesel engine to run rough, or there may be a problem with the fuel pump. A diesel engine owner might not realize that diesel engines need cleaning just like a standard petrol engine, and the fuel pump can get dirty with sediment and other blockage. Adding a chemical treatment to the fuel tank can often address this. If there is insufficient fuel supply, supply pipes might be cracked or bent so that fuel doesn't get from the tank to the engine. Replacing these can often fix the problem.

A diesel engine shouldn't smoke any more than any other engine; the color of smoke can typically tell you the problem. Black smoke often means that there are clogged engine valves so that oxygen is not getting into the engine and the engine is then not running as cleanly as it should.

White smoke can mean that there is water in the fuel line and the fuel is not burning cleanly. This smoke can bother your eyes when you notice it, and it should be checked out right away so you're not putting wear on your engine with watered-down fuel.

Blue smoke can mean faulty piston rings and this too should be checked immediately, as you don't want to ignore potential damage to the pistons themselves. 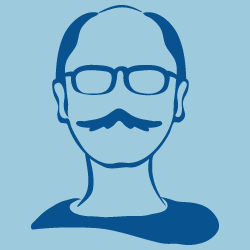 My name is George. After working as a teacher for two decades, I retired, and now, my heart, hands and time are wrapped up in restoring a vintage car. I love it, and I want to share some of the minutia of that passion with others. My wife doesn't always want to hear about auto parts, but they are always on my mind. I want a place where I can share buying tips, restoration tips and repair tips, and this blog is the perfect place. I plan to write about my own restoration work as well as general info on auto parts. Thanks for reading.